On a Christmas Eve 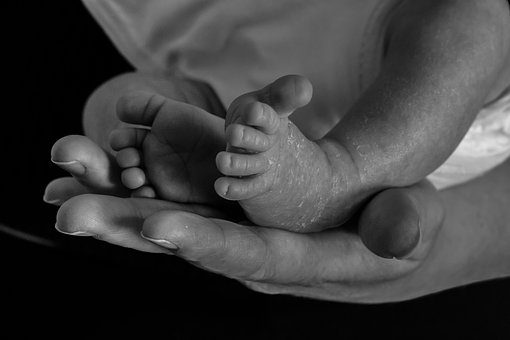 It was the coldest Christmas Eve Janaya could remember. Even without snow.
The bitter wind whipping through canvas did not help. Nor did the mud holes into which she frequently sank one of her boots when walking on the road that should have been called a rut. This little camp in the middle of nowhere was surely the most miserable place a human being could spend a holiday.

She had known that volunteering with a medical missions group meant she could be sent anywhere in the world. And she was good with that. But on nights like this one it was also good to remember that she was on a path God had chosen. It made the dirt, the stench, the noise and the cold almost bearable.

Janaya heard the thud of running feet and the anxious cry before the tent flap was pulled back and a fearful face peered at her.

“I’m coming.” She grabbed her bag and jacket and in two steps was out in the chilled night, the darkness broken by patchy starlight and the random sentinel lights mounted on poles here and there. Mostly, it was hard to see.

Midwifery was an ancient art, so her professors had said. And she had found it so. There is nothing more basic to the human race than the act of bringing new life into the world; it is a phenomenon repeated millions of times every day. Job security is a given when one specializes in birthing. And yet, to every mother, to every nervous father and worried family member, it is always startingly uncommon. Part of the art of her profession was soothing the fears of those in the family, in this case, of all those who had a reason to care about the mother. The tribal nature of the groups she was serving meant there were many who were anxious for the expectant mother and coming child. It had been an eye-opening and heartwarming philosophy for Janaya. If only those in more affluent but less ethical realms could see how societies should react to the unborn.

She followed her guide down the alleys of the refugee camp, smelling the odors of family meals and wet animals and hard work on the clothes of the men who were doing their best to keep their families together. Economic hardships, genocide and a recent drought had plunged these people into the most trying times of their lives. They needed food. They needed health. They needed purpose. They needed hope. She was doing what she could to help. But it wasn’t very much in the face of such staggering need.

They reached the little half-tent, half-shack where Moohrya and her young husband, Abeen, lived. Janaya ducked her head and went directly to the cot in the corner where the young mother lay panting in pain. She spoke as clearly as she could in the dialect she was slowly coming to learn.

“What’s wrong, Moohrya? When did the pains start?”

“Today. Before the meal. He is coming.”

The teenage girl who had come to get her was standing beside her. Janaya smiled at her. “It’s going to be okay. I will take good care of her. Everything is going well. Where is Abeen?”

“He has gone to sit with the men.” The girl looked around nervously and then disappeared the way she had come.

Yes, of course. The young father-to-be would be with the men of his tribe, waiting in angst for the cry of his child, wondering how his bride was faring, yet restricted by the native code from being beside her.

Janaya performed a quick exam and noted that all was going well with the mother. Labor was progressing smoothly. The baby was in the correct position. She laid her hand on Moohrya’s abdomen as another contraction seized her. She was awed again at the fascinating female body, made by its Creator to reproduce and give birth, the womb responding to the chemicals of the infant and opening up to usher its gift into waiting hands. No matter how much she studied the mechanics of birth, the sheer wonder of it amazed her every time.

Moohrya’s stomach was steel hard as the uterine muscles pulled back, forcing her body toward an experience that would forever change her, both bodily and emotionally. She was gripping the sides of her cot, her eyes fixed on the ceiling, her breath coming with concentrated effort. The contraction reached its peak and began to ebb away. Janaya felt the muscles start to soften. Moohrya would get a break. But not for long. The pains were coming rhythmically and rapidly now.

“You’re doing great, Moohrya. Everything is fine.” She smiled and pushed the ebony hair back from the damp forehead.

“It will be a Christmas baby?” The words were soft and happy.

“Maybe a son to share good news with the tribe.” Moohrya smiled just a bit and then set her face as the next contraction began.

Janaya started laying out her instruments on the sterile cloths she always kept in her bag. She noticed the white binding in the basket beside the cot and smiled. Wrappings for the infant. The newborn would be swaddled and warmed and welcomed.

Moohrya moaned and writhed. The pains were almost nonstop now. Janaya put out a hand and gripped the mother’s sweaty one. Their eyes locked, one woman giving support to another, sharing the ritual of feminine generations through the millennia.

For the hundredth time, Janaya wished for a sterile environment with a birthing bed and an infant warmer and a sink with hot water. Bringing babies into the world was a joy, but the risks of doing so in a bacteria-laden setting were disturbing.

There was a commotion outside, and Janaya walked swiftly to the makeshift entrance to quiet the disturbance. Opening the half-cloth, half-board “door,” she peered out into faces, children’s faces shining in the moonlight.

“Yes?” She felt a little impatient with this unexpected gathering. Surely there wasn’t another medical emergency in her sector of the camp.

“We have come to sing.” One of the taller boys in the back was smiling as he explained.

“Yes. To the mother. A Christmas song. To remind her that this is a good night to be born. Will that be all right?”

She closed her eyes. Such a simple truth. In the middle of chaos, a reminder of peace. “Yes, that will most certainly be all right. Stand close now. I cannot let you in, but she will be able to hear you. And thank you.” Janaya spread her arms in silent welcome and then turned back to her patient.

Moorya was half-sitting on the cot, her eyes wide with pain and fear. Janaya massaged her shoulders and helped her ease into a more comfortable position.

“Listen, Moohrya. They are singing to you.”

Softly at first and then gaining strength, the children outside were singing in halting English “Silent night; holy night. All is calm; all is bright . . .”

And as childish voices proclaimed the good news of Bethlehem’s birth, Janaya eased a new human being into the squalor of the refugee camp. This woman, this baby, this birth – they weren’t important, not on the grand scale of world events. They were hidden away, secluded in an arid corner of the continent. But it came to her as she wiped birthing fluid from the tiny form that His coming had been ignored too. No one had cared about the young woman forced to labor in an animal shelter. The Baby she had pushed into earth’s air bore no regal markings and came in no unusual way. His mother had to suffer and strain and clench her teeth and claw her way through the convulsing pangs of delivery. He had entered the world stained with the water and blood of human birth, and it was hard to tell at that moment that He was destined to give His own blood so that everyone who’d ever lived could experience the New Birth.

As a midwife, Janaya was accustomed to the sights and sounds and smells of birth. It was a raw, earthy experience. The delicate beauty of a newborn was always astounding as it emerged from such indignity and soil. And the mother, succumbing to the mechanisms of her body, was often herself aghast at the process of birth. And yet, there was no other way to enter the planet than through the womb. And, on Christmas, Christ had identified with every other human by coming that way too. To her mind, His birth put beauty back into this most visceral of all bodily processes. As a medical professional, she was not put off by the accoutrements of birth; rather, she could see the crude splendor in it all. But if there were ever a doubt in the mind of any laboring woman who recoiled from her thrashing, groaning self, His birth was a shining palliative. Incarnation was forever connected to human womb and human delivery. And that made it special, glorious, redemptive. Janaya had never wanted to do anything else in her pursuit of medicine.

She laid the squalling male child on his mother’s stomach and smiled. “You have a son, Moohrya. What shall we call him?”

“Ahh, a beautiful name for a beautiful child.” She began wrapping the infant, tightly binding him with the cloth.” “We must let his father know.”

Moohrya nodded. “He will be glad for a Christmas child. God has smiled on us.” Her eyelids fluttered.

Janaya let her doze off. Exhaustion from the labor and the calming effect of maternal hormones kicking in were making the mother very sleepy. “Rest a while, my friend. Your son is safe and well.”

She finished swaddling the tiny human and laid him beside his mother while she cleaned her instruments and folded up the disposable linens. In the startled awareness of the first few postnatal hours, he was looking around as best he could with newborn vision, one fist jammed into his pink mouth.

She zipped up her duffel, set it beside the trash bag of biohazardous waste and knelt down beside the cot. She reached an ungloved finger toward the newcomer and stroked his silken cheek.

“Welcome, Raza. Welcome to this world. May the Child born long ago make His home in you too.”

And then she gathered up her gear and walked outside to tell the news to the waiting father. Milky white clouds hung low. The moon evaded sight and the stars couldn’t be seen now. There were no angels in the sky. But Janaya was sure she could hear singing. Maybe it was just the echoes of the children’s songs, but who was to say that on this Christmas Eve the Father was not remembering the earthly unveiling of the eternal Son and rejoicing with another young mother in a forgotten place?