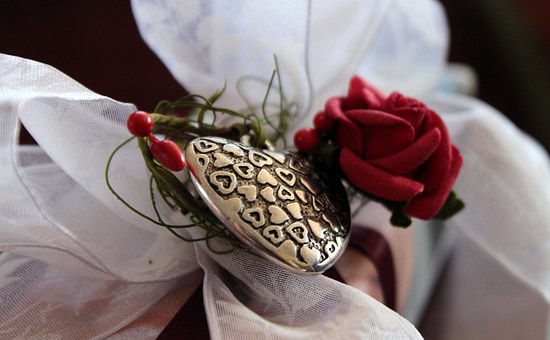 The day Sally Anne Jenkins stepped off the bus carrying her red suitcase, the world turned upside down.

“That’s Bobby’s girl.” The townsfolk said. “Cutest couple you ever did see. And then he went and got himself kilt over in the war. Over there fighting the Eye-talians. It’s a shame. A crying shame, that’s what it is.”

But Sally Anne hadn’t come back to her hometown to feel sorry for herself. She came to work. She volunteered at the Salvation Army, knitted sweaters for the orphanage and worked during the day at Woolworth’s Five and Dime. And on her breaks, she sat at the counter or at a table and read letters.

At least that’s what Mavis said. And you could count on the fact that Mavis knew the scoop on just about everything.

Mavis said Sally Anne always had one of Bobby’s letters in her pocket. And when she sat down to lunch or to take a coffee break, she’d pull it out and read it.

“How do you know it’s a letter from Bobby?” Sam Jones wanted to know when Howard Parsons told him over at the barber shop.

“Mavis saw the envelope. Said Sally Anne told her it keeps him alive and gives her the grit to keep going.”

“That don’t sound too healthy to me. Maybe she needs to see one of them newfangled psychiatrists.”

“Well, I reckon Tom over at Woolworth’s is keeping an eye on things. He hired her so she must be okay.”

It didn’t take long before the whole town knew that Sally Anne Jenkins read her lost sweetheart’s letters every day. They sympathized with her, of course. Bobby had been the town darling – an Eagle Scout, a rising star, a mix of daring-do and good sense, the pride of the town fathers and the hope of all the mothers with daughters. They knew how much their town had lost when he’d come back home in a casket. There’d never be another Bobby.

Some of them speculated on how long it would take Sally Anne to get tired of Bobby’s words and find another sweetheart. Some said she’d get over him pretty soon; others said she’d go to her grave grieving him like Miss Havisham in the Dickens’ tale.

But no one expected what happened on the 24th of December in 1945.
Sally Anne Jenkins got married.
White dress, church full of candles and all. And she married Bobby’s brother, Willie.

Willie was as different from Bobby as skim milk is to heavy cream. Willie was a farmer. He walked slower than Bobby had, had a slow grin instead of a toothy smile, drove a pickup instead of a coupe, deposited his money in the bank every Friday and was the local Scoutmaster.

Why did a beauty like Sally Anne want him? The barber shop gathering talked it over for hours. Mavis worried herself into a frenzy trying to figure out what she missed. But it was simple really.

The week of Christmas, Sally Anne received a letter, like the ones she had been getting every week since she came to town. Letters she figured were from Bobby that had been lost while he was overseas and the postal service had finally delivered. But Willie had finally slipped up, his little scheme uncovered. It hadn’t taken Sally Anne very long to figure it out once she’d seen the picture in the paper. And when she read the letters again, she wondered how she’d missed it all along.

To my Sally Anne,

It’s been so long since I’ve been able to talk to you face-to-face, to admire your silky hair and hear your laugh. I know you’re as beautiful today as I remember you. How many times I’ve sat at my table, alone and wishing for those days when all of us were young. I regret every moment that I didn’t spend beside you, every second that you didn’t know my heart. My love for you has been a steadying force for so long.

This Christmas, I will miss your presence, but a chasm separates us, one that I cannot cross. If you think of me with affection, I will be content. There is no wish dearer to me than that you be happy and that your life will be full of love. I leave you with the words of Walter De La Mare:

No footsteps came, no voice, but only,
Just as I sat there, sleepy, lonely,
Stooped in the still and shadowy air
Lips unseen—and kissed me there.

Merry Christmas, my darling. If you feel a whisper against your cheek, know that the wind takes my place under the mistletoe of my memories.

Bobby didn’t read poetry. Didn’t like poetry. And the letters were full of poetry, wonderful, beautiful poetry. Bobby wasn’t sentimental; he preferred action and lots of it over words of endearment. Bobby wouldn’t write this kind of letter.
But Willie would. And when Sally Anne saw the picture in the local paper of Willie with his poetry collection, she finally saw the truth. Willie had loved poetry since their days in elementary school. He’d had the finest penmanship in the class. The letters she’d gotten weren’t ones Bobby had written long ago. The military hadn’t lost them for a long time. Willie had written them. About her. About their days growing up in the same town.

So, Sally Anne wrote a letter back to him.

It’s true I loved your brother when he left. And I thought I’d never love again. But I was wrong. Your Christmas letters showed me that I’m very fond of poetry and farmers who collect stamps and teach Boy Scouts. I don’t know if you have any Christmas shopping left to do, but Woolworths has a new book of poetry that I think you might enjoy for any future letters you have to write. Merry Christmas from your Sally Anne

And that was how it happened that the barber shop crew saw Willie carrying a girl in white lace from the door of the church to his truck on December 24th. And Mavis never did forgive the pastor for not telling her about the wedding. After all, the postmistress has a right to know what happens from the letters she sorts every day. At least, that’s what she told herself as the blue pickup truck roared off, with a wreath on the front and a bit of filmy lace veil trailing out the window.