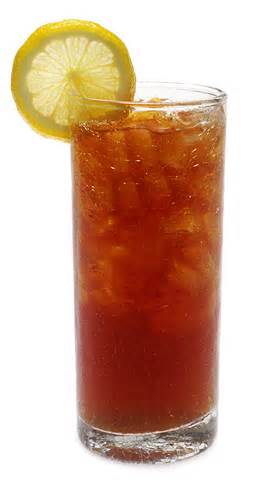 Some things are sacred in the south – sweet iced tea is one of them. You know how valuable something is by what people will sacrifice for it. I can only imagine how the King’s tea tax smote the heart of our Revolutionary forbears. Their devotion to country cost them dearly. Yet, Southerners have always prized liberty, even more than tea. That’s quite a statement.

For our ancestors to participate in the Boston Tea Party must have been a true test of a southerner’s determination. Imagine the angst of seeing hundreds of pounds of tea floating in the scum of the Boston harbor. To pour out such a precious beverage to the unappreciative fish would be a true sorrow. Such describes for us their desire for liberty.

When you consider the fact that the first southerners were Virginians, you start to understand the southerner’s affinity for tea. Being English gentlemen, drinking tea was not only tasty refreshment, it was a social act. Teatime is a strict observance in English society—a deference for custom and etiquette. It’s about what is right and proper; the definition of good taste. And today it is still so. What southern hostess would not offer a glass of sweet iced tea to her guests?

Those Virginian settlers brought with them their pride, their magnificent horses, their gracious style of living, and their tea. A Virginian gentleman was known by his horse, his fashion in clothing, and his manners–drinking tea was one of them.

Of course, those genteel first Southerners drank their tea hot. It was a couple centuries later before Dixie-Landers enjoyed it cold. Just who “invented” iced tea is not known, but there are a few interesting facts about it. Many ascribe to the theory that it was first served at the 1904 World’s Fair in St. Louis, Missouri. However, a news article published fourteen years before the Fair seems to prove that account wrong.

In September of 1890, 15,000 men gathered in Nevada, Missouri for the Missouri State Reunion of Ex-Confederate Veterans. There was an enormous banquet served, and included in the list of menu items was “880 gallons of iced tea.” (Nevada Noticer, September 28, 1890. Nevada, MO.) It doesn’t surprise me that sons of the South were enjoying the cool refreshment of iced tea before the rest of the world had discovered it.

Pat Villmer of the St. Louis World’s Fair Society wrote that tea ” wasn’t ‘invented’ at the World’s Fair. The good people of the South were serving iced tea in their homes long before the Fair. It was just popularized at the Fair. It was called sweet tea served cool not hot in the summer in the South. Ice, when available, was used. Remember, ice was the premium in the early days before refrigeration, not tea.” (Read more)

However and whenever it came into vogue, sweet iced tea is the gem of the South. No oil rig in Texas is more highly prized than the pitcher of sweet tea which has a special place in each southern refrigerator.

Like all good Southerners, I rate my restaurants by their tea. “They have good tea” is a fabulous recommendation for any eatery. From the franchises to the Main Street diners, it’s a precious secret—strong, fresh, and sweet.

There are a few things to remember about this time-honored tradition of tea-making. First is the color and taste. Tea should be a dark amber hue, decidedly sweet (bordering on “syrup” but not like a sickly elixir), and fresh. Tea can be tainted by its container—it can taste soured like old plastic or sudsy like dish soap. It has the best flavor if allowed to “settle” a few hours to allow the tanic acid and sugar to mix well.

Second is the presentation. Sweet iced tea tastes good out of anything – Granny’s metal tumblers, fancy stemware, or paper Dixie cups. I’ve enjoyed good tea out of glass pitchers and plastic milk jugs at church dinners (there’s nothing quite as southern as a drink table laden with a bevy of milk jugs filled with tea and with “sweet” written in black marker on the side).

A friend who lived in South Carolina once told me that the word sweet is added to tea to make a sort of new compound word: “sweet-tea.” It is said with a light emphasis on the first syllable.

There’s hardly an occasion where sweet iced tea doesn’t serve well. Fare thee well, exotic libations of refinement and expense. Forget the sticky stains of Kool-Aid and the watery brine of Gatorade. Save the milk for breakfast and the water for bedtime. Make mine sweet tea. It doesn’t lose its fizz or coat the stomach or up the sodium. Refreshing and delightful, it is the comfort beverage of the South. Served on the veranda swing or on the Sunday table, add a slice of lemon and you’re good to go. At least, I am.