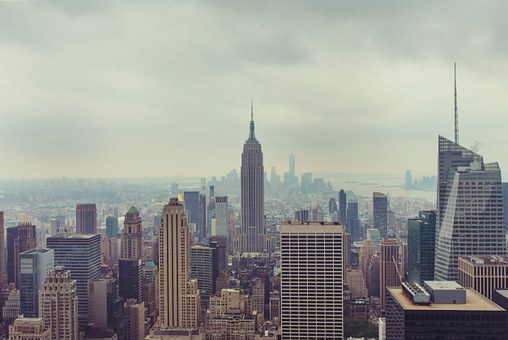 Garner grabbed the pole nearest her as the subway slid into motion and mourned that her coffee hand was empty. Unlike about twenty others crammed up beside her. Seasoned New Yorkers, they were juggling portfolios, attaché cases, handbags, coats, gloves, newspapers, phones, iPads, AND travel mugs. Not that she had mastered that art yet. But it was Monday, a week before Christmas and oh, how she needed a little more energy today. And her Keurig had decided that morning to spew coffee grounds and hot water everywhere except into the festive cup she’d chosen and taking time to clean up her tiny kitchen had cost her what little time she could have used to grab a to-go at the corner shop. So, here she was, coffeeless. And a little grumpy.

But she had to get over that. For her assignment that morning, she needed a calm, unruffled manner. Sometimes the Lord allowed her to get a little help from a jolt of caffeine, but this morning, it would be all Him. She breathed a quick prayer as she rerouted her mind to work.

What a blessing this job had already been! A dream come true, working as an intern for the Greater New York Region of the Red Cross. It was giving her significant experience in so many areas that were part of her degree. Her college mentor was right. There was nothing like actually being in the field. Studying the various aspects of counseling and clinical psychology gave her the head knowledge but being face-to-face with real people was totally warming her heart to the ministry God had placed in her.

She was getting close now to her destination. The address on her phone was just a couple blocks away. Garner adjusted her purse strap, clutched her computer case and turned to face the automatic doors as they zoomed apart.

The crowd moved with her, some getting off the car, some getting on, some shifting their positions. No one stands still in New York City. It is, after all, a city constantly on the go, the city that never sleeps.

The building in front of her was one of the many stations of the New York City Fire Department. Her information told her that the organization served more than 8.5 million residents in the NYC area and were responsible to respond to emergencies involving wood-frame homes, high-rise structures, bridges, tunnels, city parks and wooded areas as well as the subway system she had just used. No wonder there were hundreds of stations.

She stood for a moment, looking at the logo, gathering her thoughts before taking a breath, opening the glass door and approaching the desk. “Good morning. My name is Garner Quade. I’m with the Red Cross, and I have an interview this morning with a Mr. Clay Zachery.”

The man at the desk could have been Santa Claus, except for the lack of chin whiskers. His cheeks were cherry red, and he had an amazing smile. With the lights twinkling on the little tree in the corner behind him, all he needed was a red suit and some reindeer.

“Absolutely, young lady. I’ll call Zach. I think he just left a meeting.” He smiled and spoke on the phone, then turned back to her. “Let me show you the way. He’s out in the truck bay.”

Garner followed him through the back offices and into the chilly, warehouse-sized area where a couple large ladder trucks were being cleaned and polished. Her guide led the way to the side of one of them and stopped in front of a tall guy winding a hose.

“Zach, this young lady is here for that interview. Try to be charming.” He winked at Garner behind the young man’s back and walked away.

The firefighter laid down the hose and stuck out his hand in her direction. “Hi, I’m Clay. Nice to meet you.”

“Hi, Clay, I’m Garner. Thank you for agreeing to meet me. I know this is an interruption of your day, and I really appreciate you being willing to do it. This interview will be so important, I think.”

“No problem. I will always take time to talk about my dad.” He motioned to some folding chairs a few feet away. “Have a seat while we talk.”

Garner pulled out her phone. “Before we do, would you let me take a couple pictures of you in front of the truck?”

He nodded and posed, a little self-consciously she thought, feet planted, hands in his pockets, slight smile.

“Thank you so much. Now, what can you tell me about your father’s legacy and how you are involved in it 17 years after his death?” She smoothed her skirt and switched her phone to record the audio.

“You know, of course, that my father lost his life on September 11, 2001. I was five years old, so I don’t remember much about that day, except the smoke and my mom hugging me a lot. It wasn’t until we were a few years older that my younger sister and I could grasp what really happened on that day. My dad was part of a rescue company for the FDNY, this rescue company, as a matter of fact. His truck was called to the World Trade Center site where they assisted people in escaping the burning buildings. He was in WTC 2 when it collapsed.”

It was a simple story, but she sensed there were years of wondering in the words. Garner gentled her way toward the next question. “Wow, what a hero he was. I’m sure you’re very proud.”

His blue eyes looked straight into hers. “Absolutely. Just like I am of all my brothers and sisters in this company. There’s no disaster we won’t enter. Whether we come out is up to Him.” He motioned upward with his head.

“I love that attitude. And now tell me about the community service you’re involved in every Christmas.”

“It’s called ‘Coffee Breaks,’ a service organization that distributes coffee to the homeless on the week leading up to Christmas. We have volunteers all over Manhattan.”

“And why coffee? Not that it’s not important! But how is that connected to your father and his legacy?”

The firefighter smiled. “You know it’s funny. My dad didn’t even like coffee. He was teased about it so much by the other guys, my mom says. And he gave it right back to them! But, that morning, that Tuesday morning, there was one story that came back to us. A story about my dad.”

He leaned forward. “The captain of his company, Ty McEmery, made it out alive. And he told us about the last few minutes before my dad died in the collapse of the building. They had been working pretty hard, helping people down the stairwells, clearing as many floors of the WTC as they could. My dad was in the middle of it. If you’ve seen the pictures from that day of the firefighters with smudges all over their faces and their turnouts black and grimy, that was probably how he looked. Anyway, McEmery saw my dad coming out of the building holding onto a guy with a cane and ran up to help him bring the man to an ambulance. Then he grabbed my dad’s arm and said ‘Hey, Zach, take a break now. Get some coffee. I’ll take your spot for a few minutes.’ In the chaos, he wasn’t even thinking about my dad not being a coffee drinker. But dad just shook his head and winked at McEmery and said ‘Don’t you remember I don’t’ drink that stuff! I’ll take my break later.’ And he rushed back in. About five minutes after he reentered it, the building came down.”

Though she had been only three herself at the time of the disaster, Garner felt again the palpable grief that sat down beside them in the fire station. So many stories. And the same ending. They didn’t get out in time.

“And so he saved the captain’s life.”

“Yes. He did. Because he didn’t want to take a break when people needed him.”

“And you honor that by giving other people the break he never got.” Garner smiled hesitantly. “I would think it would be difficult to serve coffee when it played a kind of side role in his death.”

“No, it’s not coffee’s fault. My dad would have wanted to die doing his job, saving lives. He trusted God with his future. And I’m trying to do the same. This coffee thing at Christmas is just a way for me to reach out in my father’s name, to serve people who are needy, to give them something they don’t deserve because a good man gave his life for somebody else.”

“You know, that sounds a lot like a sermon.” Garner switched off her phone. “It’s a pretty cool parallel at Christmas.”

“I wondered if you’d catch that. Took a chance.” He slapped his knees with his hands and stood. “I hope I gave you what you needed this morning. It’s really great of the Red Cross to highlight my dad in their 2001 memories this Christmas.”

Garner went for it. “Actually, I don’t have everything I need.” She grinned at his puzzled look. “I’d love to have some coffee. I didn’t get mine this morning.”

“Oh no, I should have guessed!” He reached around her to open the door back to the offices. “Let me get my jacket and I’ll walk you over to the shop where I buy the coffee for the organization and introduce you to some of our volunteers. I might even buy you a cup.”

“That would be amazing. Thank you.”

“On one condition. You don’t try to convert me.”

“What? You don’t drink coffee either?”

At the front desk, Santa Claus was making a good-natured face at Clay’s back.

“No ma’am. Like my father in that way. But I might be persuaded to try this morning.” He smiled at her as they stepped out onto the sidewalk. “And I think my dad would be in favor of it too.”