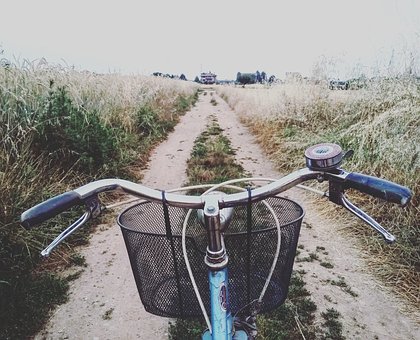 A few days ago, I had an emotion that I remember from experiencing labor. I wanted to quit. “Okay, I’ve had enough. I’ve changed my mind. I don’t want to have this baby after all. Let’s just push the pause button and not do this now.”

You’re laughing. Because it doesn’t work that way, right? Once you’re in active labor and the baby is in position, this is going to happen, sister. You can’t change your mind now!

But that same sentiment came over me the other day while I prepared another meal for my gathered family – yes, there are under ten of us, and I birthed four of them! I suddenly decided I was done with the pandemic and the social distancing and the staying at home and all the other disruptions. Done! I’ve changed my mind. I want out now!

In fact, if you’re a fan of the family drama, Adventures in Odyssey, this setting reminds me of one of those episodes with the Imagination Station where something goes wrong and the occupant is banging on the metal door “Mr. Whitaker, let me out! Something’s wrong with this adventure!”

I’m not particularly enamored of the life-complications right now. And I often have a hard time just making myself do the normal things. I cook because we need to eat – and I am SO grateful to have food in our pantry and refrigerator. I do laundry because we need clothing – and I am enormously thankful to have uninterrupted utility service. Soon, I plan to work on going through my basement storage room and maybe even a closet or two that needs to be reorganized. But I confess that it would be much easier just to veg with a blanket and a video or sit outside on my porch or binge-read news articles (hopefully the ones that promise things are getting better!)

I identify with the Psalmist who scribbled down his disjointed emotions in chapter 137. His predicament was much worse than mine – his people had been taken captive by a hostile, foreign nation. They weren’t just isolated; they were being persecuted and mistreated.

By the rivers of Babylon, there we sat down, yea, we wept when we remembered Zion.We hung our harps upon the willows in the midst of it. For there those who carried us away captive asked of us a song and those who plundered us requested mirth, saying, “Sing us one of the songs of Zion!” How shall we sing the Lord’s song in a foreign land? Psalm 137:1-4

Been there? Have you felt like weeping when you remembered your own “Zion,” the normal life we used to think was so bad at times? Yeah, guilty here too. I feel like I want to hang my little harp – or dishcloth or broom or other household tool — on a willow too.

But then I’m reminded of the lyrics of a gospel song which says:

Sometimes we have to sing in the middle of the distorted adventure, in captivity, in pain. We are not making music for our captors, for the Enemy who laughs at us, but for our Father. When we sing, it shows our trust in the final victory and it bolsters in us the confidence that we are not defeated. As long as we have a song, we are unconquered.

Ira Stanphill penned these words a long time ago:

We’ve all had enough. But the adventure isn’t over. So, grab that harp off the willow branch and join me in a little song. We aren’t conquered yet!