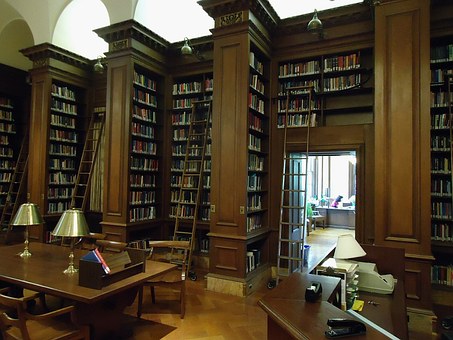 Sonoma slapped the cover of the book shut and stared out the window. The campus of the little Christian college was pretty in the autumn. Sugar maples and oaks scattered colorful leaves like a child shaking glitter from a bottle. The afternoon sun cast a tawny glow over the stone buildings. A few students were walking over to the dining hall—probably going to the Coffee Nook where everyone gathered for snacks and conversation. She ought to head that way herself. Her college experience thus far had been like riding Dippity Street back home in Centerville—a succession of highs and lows. She had welcomed them all since God put her here in the first place. But, she had to admit, collateral reading was not on her list of favorite things.
The door swung open. It was her roommate, Beverly. She was grinning. “Come on, Roomie. I just saw him.”
Sonoma didn’t have to ask who. She rolled her eyes. “Let up, Bev.”
Beverly didn’t listen. She shoved back a strand of brown hair that had escaped her thick braid. “You’ve read enough. Let’s go.”
Sonoma grabbed her book bag and brown hoodie on the way out. The weather was getting chillier every day. Fall was definitely approaching.
The Coffee Nook was crowded with students — talking, eating, studying, and laughing. Sonoma had discovered that Bible college was certainly not a dull place to be; she was enjoying the friendships she had already found here.
And he was sitting with his back to them. Weston Lane. A name that belonged with ranches and big skies. He owned a truck, played the guitar, was an Eagle Scout, had 2 younger sisters — was there anything else? Oh, yes, he didn’t have a girlfriend.
“Let’s amble over there.” Bev nudged her.
“Are you sure about this?” Sonoma looked at her sideways.
“Hey, he’s your brother. Let’s just join the group.”
Sonoma shook her head and pulled her roommate along with her. Wes was a good sport, but he didn’t usually appreciate her match-making skills. She’d told him so many times that all good preachers need a wife and he had better be looking before he graduated. But he always just chucked her under the chin and said he had plenty of time.
He looked up as they approached. “Hi, sis. You girls done with the books for today?”
“Taking a break, I guess. I have some research to do in the library.”
Beverly was kicking her in the shin. “Bev here was wanting to see if you had notes for that Psychology class she missed.”
Wes reached into his backpack and extracted a notebook. “It should be in here. Have a seat, Bev, and I’ll find them for you.”
Behind his back, Bev gave an impish grin and waved her head in the direction of the door. Guess that meant it was time for Sonoma to exit.
“Ok, then, I’m going to get this research done. See you guys later.”
The library was welcoming — neat shelves of books, attractive study areas and warm track lighting. Sonoma found her favorite spot empty, sank into the leather chair and immediately lost herself in the research book. It was only when she saw a pair of brown hiking boots in front of her that she realized there was a backpack already nestled against the chair. She looked up.
“American Lit, right? Bev said you had a paper to write.”
Sonoma knew she must look confused.
He stuck out his hand. “Bale Smithton. Bev’s my cousin.”
“Wait . . .you came to my church this summer with a singing group . . .”
“Wes told me you’d remember. Want to go down to the study area? I had this class last year. Maybe I can point you to the right books.”
She smiled. “That would be nice.”
Call it family conspiracy; call it providence; call it the amazing plans of God. As Sonoma picked up her books, she suddenly knew Daddy’s parting words were true. Following God’s will for your life was more exciting than a drive down Dippity Street. And the trip was just beginning. Maybe her roommate’s cousin would be part of it. You just never could tell.
— VQ