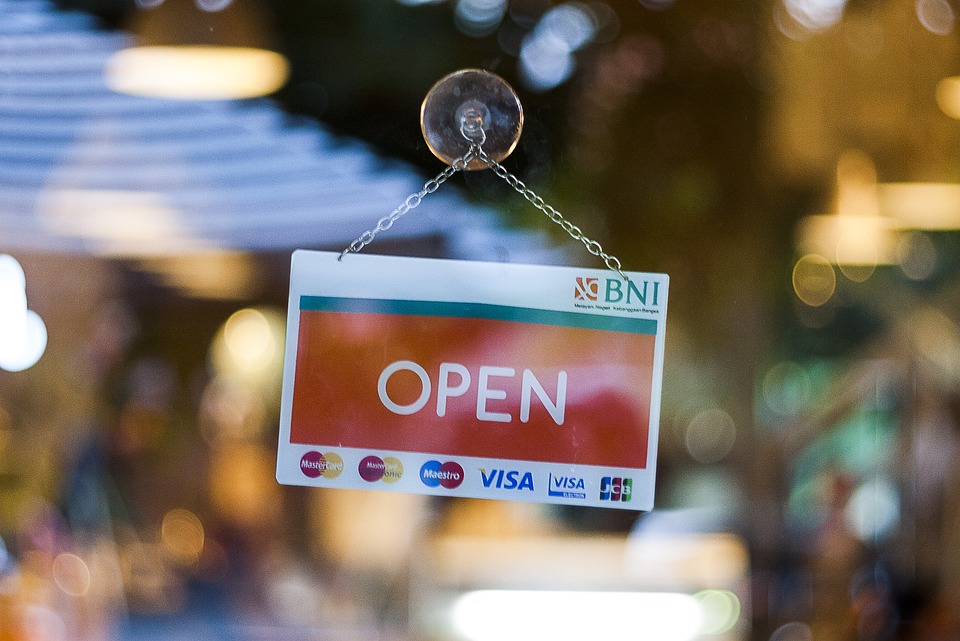 There was no point in it.

Graylie wrapped the end of the light string and dropped it into the box of Christmas decorations. Who was going to come into Silasville Hardware and Garden Store on New Year’s Eve? No one was doing repairs on a holiday. No was putting in a garden yet. No one was even dreaming about the seeds they needed for spring. Well, no one now that old man Granger was dead. You could always count on him being way ahead of time. But now he had taken up residence in heaven instead of small-town Indiana. And the seed catalogs were surely missing his business this winter.

No one was coming in to browse the few toys left on the holiday shelf either. Steve had been convinced that farm-type toys would be a hit with the locals and bring in a little more business during the winter lag. He’d been right. It seemed farming families were partial to metal tractors and toy combines and child-friendly garden tools. They’d sold out completely. Well, there was one errant hoe left, but its handle was broken – no wonder it hadn’t sold.

And now, on December 31, Graylie was taking down the Christmas tree and minding the store. Literally.

“Just a few hours, Gray. There might be someone coming in to exchange a gift or grab a gift card for a late party.” That had been Steve’s rationale. And he was the manager. He had the right to set the hours. Even if he was her cousin.

She began boxing up the ornaments. Miniature farm implements and tools and appliances – the tree had looked really cute, thanks to her. Snow-flocked branches, retro colored lights, burlap around the base and setting in an old flyer wagon, everyone who’d come in had remarked on the tree in the window display. But now it was denuded, pitiful, unmerry.

Graylie began taking the branches out of the base and laying them in piles according to their color coding. She did enjoy the decorating part of her job. Since she’d began working here as a freshman in high school, she’d loved the artistic part. And when Steve had turned the window décor completely over to her, she’d actually danced around the counter. That was when she didn’t get fatigued so easily.

But now she needed to start on the new display right away. Steve didn’t like a bare front window. She was planning a snow display that would help advertise their new line of snow blowers. Of course, you could never tell in Indiana. They might have the worst winter on record or a tropical heat wave. The prairie was very unpredictable. She’d lived near Silasville all her life, and she knew the fickle tendencies of the plains.

In a way, it was like her life. Waiting for a change. Wondering what kind of winds the next season would bring. A lot of planting and harvesting had come and gone since her high school days. She was staring thirty smack-dab in the face, and it looked like a blustery time of life. Her girlfriends were married and doing the mommy thing, some in the city, some on nearby farms. She’d always supposed she would snag one of the tall, strapping farm boys and have her own kitchen by now. She’d had it planned out, the morning hours she’d spend with a coffee cup in her hand and her Bible open on her own table, the canning she’d do, the way she’d volunteer for the local 4-H, the cute sight they’d make as a family in the pew at church.

It hadn’t happened. She was still working for her cousin and writing congratulatory messages on her friends’ Facebook announcements. And there didn’t seem to be many prospects. Few of the Prince Charming type came riding through this little Hoosier town and even fewer stopped at the hardware and garden store on Main Street. And then there were other factors.

The back door banged shut. “You still here, Gray?”

“Up here in the window, Steve.” Graylie put the lid on the plastic tub of decorations and folded the cardboard top of the Christmas tree box. “This stuff is ready for the attic.”

“Great! I appreciate it.” He picked up the tree box and started toward the side room where the pulldown ladder to the attic was hidden in the ceiling. “Many customers today?”

“Would you believe only one?” She followed him with the plastic tub.

“Hey, put that down! You know you’re not supposed to be carrying heavy stuff!” Steve gave her the gimlet look. “Sorry for making you come in. I thought there might be more customers.” He reached down for the tub and heaved it up into the attic space. “You can go now. Aren’t your parents still planning the usual party?”
“Yep. You coming?”

“I have to see what Madison has planned. But I think we are. The kids are still out of school.”

“Okay, sounds good. Guess I’ll head out. See you tonight.” Graylie grabbed her fleece jacket and purse and left out the back door, heading for her Jeep Patriot. Ah, she still loved it, even after six months.

But it was gone.

She banged back inside. “Steve! Where’s my Jeep?”

Steve made a face. “That’s weird. I guess we should call the sheriff and see if he knows anything about it.”

“Who would steal a vehicle in Silasville?”

“Yeah, I know, it’s kinda crazy, but we have to start somewhere.”

Blue lights flashed outside. “What in the world?” Steve walked to the front door as an officer knocked on the glass. Graylie followed and stood a few paces behind him as he opened the door and let the uniform in.

She didn’t recognize the man from where she stood. He scanned the room and addressed Steve. “Does a black Jeep Patriot belong to someone who works here?”

“Yes, it belongs to my cousin here. She just found that it was missing.” He pointed to Graylie.

The officer stepped toward her with a paper in his hand. “Ma’am, I need you to accompany me to the police station.” His hat was pulled down low. But he looked a little familiar.

“I’m sorry. I can’t give you any details here. But we’ll straighten this out at the station.”

Graylie looked at Steve. Help me! But he just slightly shook his head and shrugged his shoulders. Big help! Too bad she’d already given him his Christmas present!

The officer stood back and let her precede him. They stepped out onto the snowy street and walked to the patrol car, from another county. He opened the door in the back and waited for her to climb in. Ugh. So, this was how a criminal felt.

She sat, small and quiet, and waited for him to say something. But he didn’t He just drove the few blocks to the police station which was located in city hall. That’s how small towns did it. Then he was opening the door and letting her out, walking behind her to the building. He reached for the door handle and hesitated for a split second, then yanked it open.

City hall was packed with people. Everybody in Silasville must have gotten an invitation. Young and old, church folk and backsliders, school teachers, the cashiers from the Pak ‘n’ Sak, the post master, and of course the city officials plus neighbors and friends from every street and farm. Graylie just stood and took it all in a few moments. Then she spied her parents, smiling like they’d won a cruise to the Bahamas. Her dad came forward to meet her.

It took her a minute to process his words. ‘Really?”

“An exact match.” He pulled her into a tight hug. “God answered our prayers.”

“They called this morning. You’re leaving right away for Indianapolis. You’re going to get that new kidney just in time for a new year!”

He put a hand on the officer’s arm. “Do you remember Jerry Stiller?”

She gaped for a minute. “Sure! We graduated together. Jerry? That’s you?”

The officer finally smiled. “Guilty, I’m afraid. How are you, Graylie?”

“Going to be better, I guess. What’s happening?”

“I heard about it through my sister. She’s in your Sunday School class. An officer friend of mine where I work in the next county just died in the line of duty. And he was an organ donor and an exact match for you.”

She was overwhelmed. “I don’t know what to say.”

He smiled. “Just say you’ll continue touching so many lives around here.”

“Graylie, you mean a lot to everyone in Silasville. This community wouldn’t be what it is without you. Your Sunday School class, your volunteer work at the hospital, your directing the youth choir, and even your decorations in the store windows. All of it makes this part of the world better. That’s why so many people are here tonight. You are loved. You’re irreplaceable.”

She made a face. “Never would have thought of it that way. There are so many others doing much more significant things. Like you. You’re on the front lines every day you go to work.”

“Graylie, there are many front lines. Not every warrior is needed to sound a siren and make arrests. Some are needed to make sure the town has store windows that remind them that life goes on and God is good and they are loved as neighbors and friends. You’ve been fighting battles here that make a difference to many. And now, we’re going to make sure you have the strength to keep doing it.” He smiled. “And lady, you’re going in style.”

He just turned to face the crowd. “Friends, thank you so much for coming! I know you all want to send Graylie off with hugs and best wishes. We need to get her to the hospital as soon as possible so she’s just going to wave to all of you and promise to have another party when she comes home. Okay?”

There were applause and whistles. Graylie smiled and waved and kept waving until Jerry took her arm and nodded to her parents. “Time to go. But this time you can ride up front with me.”

Graylie widened her eyes at him. “Should I? I’m remembering the first time you took me for a ride when we were seniors in high school.”

“In my dad’s pickup. Sure, I remember. I got a speeding ticket and decided right then that I wanted to be in law enforcement.” He opened her door and said so softly that her parents behind them couldn’t hear. “And it’s a good thing I have the authority to go fast today because the reason I got the first one is riding with me again.”

Graylie shook her head and grinned. Maybe she was wrong. Maybe Prince Charming did come riding into small-town Indiana. Just in time to take the Princess to the . . .hospital. But then, her life had always been unusual. Why should this season be different? From the window of her cousin’s hardware store to the front seat of a thoughtful officer’s patrol car, all on one New Year’s Eve.