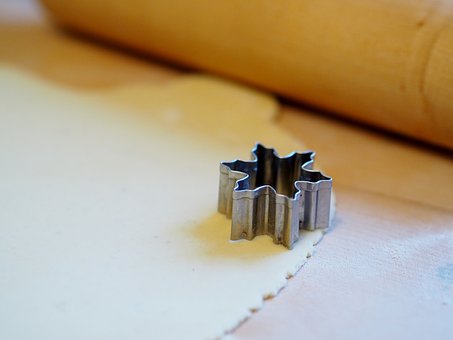 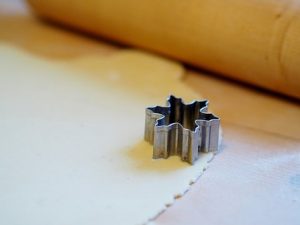 As  Catherine took the cheap, tin cookie cutters from their jar, she remembered the story. She always did when she made Christmas cookies with Grandma Kitty’s cutters. It was a story passed down for 2 generations — from mother to daughter while they shaped stars and angels and filled the farmhouse kitchen with the scent of orange peel and sugar.  A story that began in this very kitchen……
Katherine (Kitty) Engel was a girl of 7, the daughter of immigrant parents. Through the hard work of her father, they gained a small patch of land in the Great Lake country. Here they daily reached to enjoy more of the golden promise of America — free enterprise, freedom, and faith.
Kitty spent most days helping her ma, after she trudged home from the one-room school where strict Miss Hodges held court. She liked school, even if her brothers didn’t. And she didn’t whine about her chores — they were just part of life. But today’s job was going to be fun, not work. They were doing Christmas baking! That meant Ma would go to her kitchen shelf and pull off the tattered book she had brought from the old country. She would mix and mutter to herself and then roll out the dough on the counter where Kitty would help her with the cutting. There would be stars, bells, and angels — they were Kitty’s favorite.
But today, when Kitty pulled down the glass jar that held the cookie cutters, the lid was off and the cutters were gone. Her ma was expecting her to flour the table and wash the cutters off from their long sleep since last Christmas. Kitty turned to her ma. “They’re gone.”
“Now where…..” her Ma stopped mid-sentence. “Hans. I let him play with them this afternoon, but I thought I put them back. Kitty, go look for him.”
And Kitty did. Everywhere she could think of, in the farmhouse and the barn. But little Hans wasn’t there. Kitty was running back to the house when she saw it in the snow — the angel cookie cutter, half buried in the snow, and beyond it, tiny footprints. It took just a few minutes for Pa and her older brothers to get started searching. And they finally found Hans, in the dark woods behind the farm, shivering, clutching the other cookie cutters in tight little fists.
They figured out the story. Hans had been happily playing on the floor with cookie cutters, but when Kitty and her brothers had come home from school, he had managed to innocently slip outside where he wanted to“make a snow angel” but the“the angel had got losted in the snow”and he had apparently wandered into the woods looking for it. Around the pot-bellied stove, they pulled him close and hugged him a long time. Then Pa prayed a fervent prayer, his strong voice breaking as he thanked “Gottvater”(God the Father) for sending another angel to watch over little Hans. And always after that, the angel Christmas cutter was special, very special.
Catherine dusted the flour from her hands, and like her long-ago namesake, carefully washed the cookie cutters and put them back in the jar. The cookie cutter story and its reminder of the care of God was as much a Christmas tradition as carols and cider. And how like God to use something small to bring salvation. Just like the small Christ child brought the promise of salvation to the entire world.
“Mommy!” It was her daughter, Katie, bouncing into the kitchen with 7-year-old zest. “I have to draw angels on this paper for a project at school tomorrow. Teacher said to use a cookie cutter.  Do you have one I can use?”
Catherine smiled, and again reached up for the jar. It was time to tell the story to Katie.  A story about little children and Christmas and, especially, about angels.