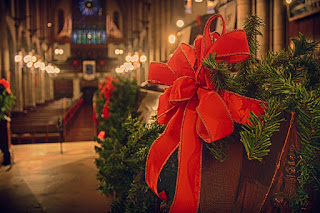 In that very odd manner that train stations have, it was cozy and yet too full at the same time. To Pastor Dillingham, it was a haven. Or at least the prelude to a haven. He was on his way home for the Christmas holidays. And everything within sight fairly sparkled with homecoming cheer.