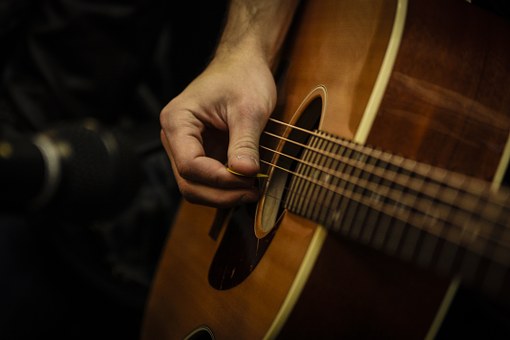 The trees were burnished gold outside her window. Beyond the road, Jenna could see the cornstalks drying in the late autumn sun. It was a gorgeous October day.
She stuffed another sweater in the suitcase and grimaced as she zipped it shut. Packing light was a skill she had never mastered. Her father had always declared that her suitcase was the heaviest one in the family. And he was right. But she had always had such trouble making up her mind. It was easier to take a few extra outfits than to have to narrow it down to one for each day. Besides, she might change her mind and when there were no options, it put a girl at a disadvantage. Her brother said that was the reason she had never married, but she always just made a face at him.
Jenna lugged the suitcase to her car and stashed it in the trunk along with her overnight bag, then shut the lid. She ran back to the living room, grabbed up her purse and jacket, then locked the front door and jogged back to her car. She was going to be late if she didn’t hurry.
Finally, thirty minutes later, she was on the freeway, leaving the Heartland behind. With a travel cup of coffee beside her and the open road before her, Jenna tried to settle in for the long drive.
It was probably a little crazy to drive rather than take a plane, but she’d always had a little “gypsy blood” in her. As the scenery changed from farmland to prairie, Jenna let her mind wander to the event she was headed for. She’d been a little surprised they’d found her. First college, then Christian school teaching positions had moved her several times since her senior year in high school. Her parents weren’t even in the same place since they’d moved to Florida to retire. But one should never discount the efforts of a high school reunion planning committee!
Now, here she was on her way to reconnect with people she hadn’t seen in twenty years. And she was wondering the same thing everyone else surely was – would she recognize them? And what would they think of her? She studied herself in the rearview mirror – hair still light brown and slightly curly, crow’s feet not too noticeable yet, chin not too saggy. Guess she’d do.
She stopped to spend the night in St. Louis, and got under way early the next morning. The miles flew by as she listened alternately to talk shows and gospel music. When she arrived in the Western city that was her destination, she felt butterflies in her stomach. She couldn’t shake them, even when she was checked in her hotel and relaxing in a bubble bath. Her outfit was new and flattering, but she worried with it anyway. She caught her heel on a loose thread in the carpet and almost tripped going out the door.
The conference room in the hotel was filled with tables of food, good music and lots of almost-familiar faces. Jenna stepped into the atmosphere of old friends acting young again and was besieged by a couple she couldn’t remember. From that moment on, the evening was a kaleidoscope of smiles, laughter and memories. Jenna was having a thoroughly good time. She mingled with first one group, then another. But then the evening took another turn.
She heard him first – not his voice, his music. He was playing “their” song. It had been twenty years and still she recognized it from the second chord. She tried to look over her shoulder in a nonchalant manner. Stet Chambers was sitting on a stage beside a potted plant. His lean fingers held a guitar; his eyes twinkled as if twenty years had only added more zest to the life he lived. It always amazed Jenna that someone so spirited could be so sensitive to the arts. But Stet combined the two naturally.
He fingered a particularly flashy progression and looked up straight into her eyes. Jenna blushed, smiled and looked away. How embarrassing!
She weaved herself back into the crowd, clapping politely. She was trying to act completely absorbed in a conversation about old times when there a was a gentle touch on her shoulder. His smile was gentle and totally genuine.
“Hello, Jenna.”
“Hi.” The universe narrowed to just the two of them; the crowded room became a front porch in the springtime with the scent of lilacs all around.
“It’s great to see you again.”
She smiled brightly. Every word she could think of stuck in her throat.
“You know, I’ve been keeping up with you through the years, but I’d love to hear more about it. Now, let me see. . . You always liked Diet Coke, right? He handed her a glass and led her to a corner table. “Is this okay?”
“Perfect.” Jenna couldn’t believe this was happening. “How have you been? I heard you were doing mission work in the Philippines.”
“I was for a while, and then the Lord brought me here. I work on a ranch here that ministers to juvenile boys—ride horses, teach guitar, talk to the boys. I’ve found that I really like teaching.” He paused. “By the way, there’s a girls’ home nearby that really needs a teacher. . . .”