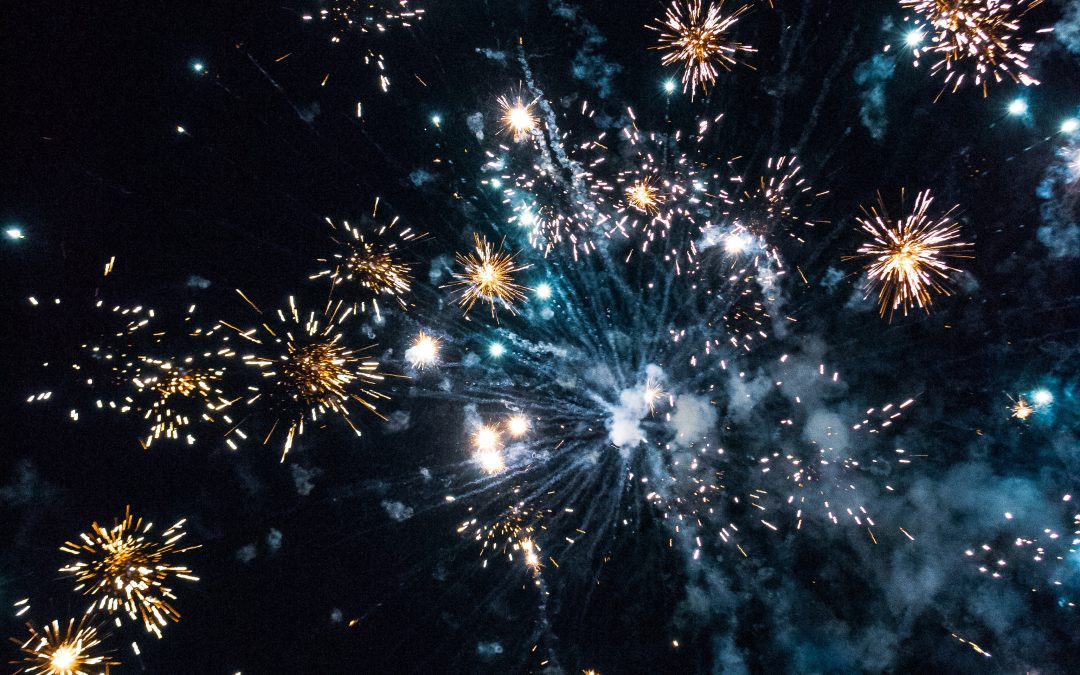 There are many reasons for celebrating the Fourth of July, I believe. They range from a day free from the grind of work to an affinity for the fizzle and boom of firecrackers. But, to be honest, there are very good reasons for literally embracing this national holiday with zest and, dare I say it, passionate love.

Love of Country Points Us to Greater Loves

When a brass band plays the national anthem on a sprawling town green or an audience watches the presentation of the colors on a city street or a trumpeter hales a dusky moment with the playing of taps, the swell of something in the chest that beats in time and raises the passion and enlivens the determination is a good and righteous thing. It is the inner call to climb mountains for what is sacred. It is this thing in the soul of man which responds to the bugle of sacrifice for principle. And it reminds us that we have an even greater duty to the God of heaven.

The rush of eagerness to expend ourselves for this great land is a telescope that raises our sights to the greatest loyalty one should have. When C. S. Lewis penned his masterful last words to The Last Battle, he alluded to the fact that the Great Story, of which their Narnia barely reached the threshold, was the real truth of life. So it is with us with the reflection of America. It is but the tiniest mirrored image of how God intends for us to live – free, whole and righteous. If we would love the real, we should practice by loving the symbol. When the sweep of Mount Rushmore and the solemnity at the grave of “the Unknown” and the strains of “God Bless America” usher us into rhapsodic resolve, we can but acknowledge that this is not an end in itself, but a call to that higher thing for which we were made.

Love of Country Keeps Us Mindful of Error

Those who love their country with a right perspective are not blind to her faults and needs. Indeed, only those who wholeheartedly love her can recognize her departure from her values, her descent into something which soils her shining face.

Dietrich Bonhoeffer loved the Germany of his birth. He was a total German, one who recognized the ideals of her teachings in the past and the loftiness of her goals for her people, who delighted in the cultural heights of her citizens and took pride in the strength of her young men. But he was not a blind German. He dared to speak out against Adolf Hitler, whom, according to the words of Reinhardt Heydrich would, one day, “occupy precisely the same position in Germany that Jesus Christ has now.” He dared to defy the Fuhrer Principle. He realized that proper allegiance to country will nurture a conscience that recognizes heresy in her soul and does its best to help her right her way.

Bonhoeffer knew that acknowledging a nation’s evil flows out of love for that nation. If one harbors a passive attitude toward his country, he might well be a Jonah, sitting in the shade, anticipating the Almighty’s act to demolish the infidels with fire. But, if he cares deeply for the country of his nativity, the country of which he has experienced light and good and nurture, if he has seen the fruit of righteousness in her in time past, he will work tirelessly for her reformation, even for her redemption.

Love of Country Grows Us into Solid People

One of the first rituals for a school child is the reciting of the Pledge of Allegiance. This daily exercise commits to memory the responsibilities that must be paid for the freedom of living in a land that affords such learning. It also provides a framework in which a child may have settled principles for life. What nefarious regimes use as brainwashing, good peoples use as teaching tools. The daily, could we call it indoctrination, of this personal commitment to the land of the free ensures that this child, this tiny citizen, will grow up never to believe that he is free from obligation to his motherland, but that he will, without question, give his life and honor for her.

This, then, is the kind of settled approach to living that defines the life of good and God-fearing people. There are some issues, some facts, that are settled. There is no questioning attitude, no up-for-debate approaches, no waffling. This is decided,  and we move on. In the day of trouble, let the neighbor standing beside me be a man who loves his country and its righteous values, not the man who is undecided on his opinion. That man will be unstable in many other ways.

Those who have settled and confident hearts on the matter of love of country are, in many cases, those who have settled and confident and right-headed hearts on other important matters. Once one has established one’s allegiances in the right direction, other matters tend to fall into place. For parents, the teaching of patriotism is a boon to teaching the priorities of life. If it matters so much for us to respect our President and give heed to the voices of our law enforcement, then how much more does it matter to obey the God of the universe? If we owe them respect and deference, how much greater is the offering we owe to Him – our very lives and utter devotion? If we would be roused to battle to protect our homeland and our dear ones, how much more would we be awakened to mortal combat with the enemy of God’s eternal purposes? If we would feel in our bosoms the throb of sacrifice for an earthly flag of Stars and Stripes, how much stronger would be the cadence of utter surrender in our souls for the kingdom of heaven?

Patriotism is an instinct which is found, I think, in every true Englishman. And most of the other nations of the earth can also boast of their patriots. Let it never be said that the Church of God has no feeling of patriotism for the Holy City, for the Heavenly Land and for her glorious King enthroned above. To us, Christian patriotism means love to the Church of God, for—  “There our best friends, our kindred dwell, There God our Savior reigns.”Let us have loyalty, by all means, but, chiefly, loyalty to Christ! Let us have true patriotism, but, especially that patriotism which consists in love to “the land of the living” of which Christ is the one King and Ruler.

Love of Country Teaches Us to Reject Tyranny

The ten Booms were a Dutch Christian family who stood for what was right about their nation even as it was being swallowed up by evil. The citizenry was forbidden to do anything that reminded them of their national identity, of the nation they had been. Their invaders knew that remembrance of what they stood for would make them less vulnerable to Nazi propoganda; the righteous swell in the soul is powerful contraband. The singing of the Dutch national anthem was the latest restriction from the German overlords. Peter, a nephew in the ten Boom family, sat at the church organ after this decree as the church service drew to an end.

The closing prayers were said. And then, electrically, the whole church sat at attention. Without preamble, every stop pulled out to full volume, Peter was playing the ‘Wilhelmus!’

Father, at eighty-two, was the first one on his feet. Now, everyone was standing. From somewhere in back of us a voice sang out the words. Another joined in, and another. Then we were all singing together, the full voice of Holland singing her forbidden anthem. We sang at the top of our lungs, sang our oneness, our hope, our love for Queen and country. On this anniversary of defeat it seemed almost for a moment that we were victors.

Father ten Boom was saluting what was good in his homeland – the freedom to worship, the grace of families growing up in honor and living life in full bloom, the equal footing of all regardless of religion or ethnicity, the land he loved that was being crushed by the evil of the Reich. It’s as if he instinctively knew that when an evil enemy forbids you to love your country, that enemy will soon forbid other types of allegiance as well.

Love of Country Makes us Better

In the end, a love of country is not a trophy of itself, but a powerful reminder of important priorities in our earthly lives. It is, as Eric Metaxas states, “beautiful, pointing to something beyond itself, pointing to something noble and true and eternal.” We can no more worship this allegiance as its own reward than we can believe that the moon has light of its own. No, like that heavenly orb, love of country is a mere reflection of that greater light which must come first in our hearts, allegiance to God. But, as it reflects what is good and pure and right, it is vital to us.

This obligation we have to our nation whispers in our ears in every Sousa march, mists our eyes at every military funeral, and beckons to our hearts in every red, white and blue spangled parade. It calls to us to look beyond the sparklers and patio barbecues to the great principle which underlies it all. It calls us to the Creator of good. And that, my fellow Americans, makes every July 4th an anniversary celebration of our love for this country  – this land that is your land and my land.