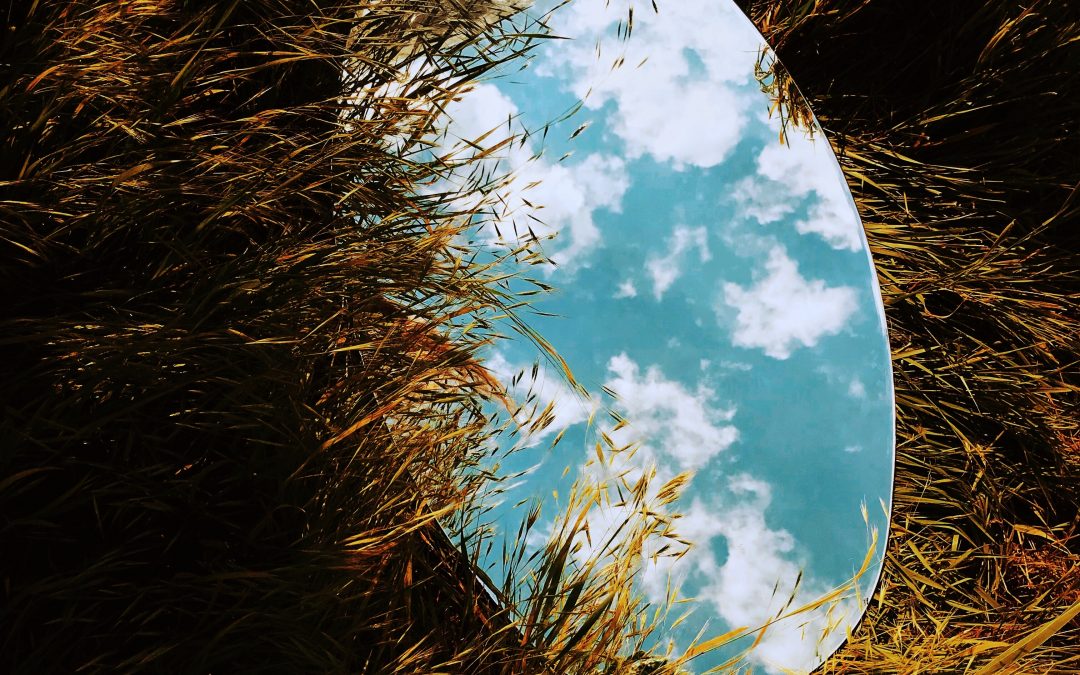 The recent controversy over Matthew West’s song “Modest is Hottest” reminds us that we run afoul of balance when we do not take a holistic approach to modesty.

The song “Modest is Hottest” by Matthew West, and now removed from his social media sites, scored big in reactions. And the most ardent voices were from women for whom the lyrics endorsed a kind of spiritualized body shaming. Women who had experienced the degrading emotions of being sized up exclusively in terms of appearance were strong in their condemnation of the viral video. For many of them, this newest offering combined two of the worst possible forces –– abusive control and spiritual guilt. It seemed the patriarchal culture hovering in the background since the 1980s had found a new inroad into the peace they sought.

Modest is hottest, the latest fashion trend,
Is a little more Amish, a little less Kardashian.
What the boys really love is a turtleneck and a sensible pair of slacks,
Honey, modest is hottest, sincerely your dad.

I believe Matthew West was trying to speak from his vantage point as a dad. For all the wording that raised contention, there was, undeniably, behind the song, a lot of love. Love for three precious daughters whom he wants to be valued and cherished. Who can fault a dad for that?

Yet, after years of what some say was one-sided “purity culture,” this was, for some, a strong reminder of past abuses, either personally experienced or overheard in whispers from others. It seems to fly in the face of Christian liberty, this suggestion that boundaries might be good. The idea of guarding one’s physical beauty is often confused as another message.

One writer in Relevant magazine, arguing for points of truth, lamented, “Lust and modesty just become excuses to make more rules around things that make us uncomfortable so that we don’t have to actually engage them and in the grand tradition of Western Christianity these rules apply disproportionately or even absolutely to women.”

We can debate the first part of the sentence ­­–– do we make rules for our own comfort or to conform us to God’s principles? It really is a question worth asking.

But, as for the second part, he is unequivocally right. Whatever modesty principles a church teaches do apply usually disproportionately to women. And there’s a reason for that.

The brains of men and the bodies of women.

Biology is Not Fair; It’s Fact

This is not to say that men are not to be modest, but 1. to acknowledge that women certainly possess more treasure in this equation and 2. to affirm basic biology. This is to say that it’s not body shaming to agree that men do find women’s bodies attractive (as, of course, do women find men’s but we are not debating what men can wear, are we?) and perhaps that’s actually a nod to the genius of God and the indisputable awe our bodies can induce.

There is a great difference in the way men and women think about what they see. For the science about the unique characteristics of the male brain and female brain, you might want to browse Shaunti Feldhahn’s excellent book Through a Man’s Eyes. Maybe some women will find this discussion offensive, but it really shouldn’t be. The declaration of such biology is insulting neither to men nor women. And it becomes even more important as we face cultural shifts that try to decry and even deny gender-based differences in behavior.

Men, even Christian men, might be shy to voice any dissent to the growing narrative because of the severe branding that will result. They don’t want to risk being called all the names. If a Christian pastor speaks about the very real visual awareness of men, he is often assumed to be part of the problem. And so, the safest thing to do is to give half credence –– to affirm that men are responsible for their thoughts and actions but not to go into the other half of the equation –– that women are likewise responsible for their stewardship of physical beauty. But the Bible commands dual responsibility. It always has.

The horror and incredulity with which many women respond to observations of heightened male sexual awareness is rather startling except perhaps to the boy mom who remembers what puberty was like for her son. One week, he is a pudgy, prepubescent guy who still has a fondness for Lego and the next week, he is a gangly dude with squeaky voice and pimples and a torrid struggle with a newfound sexual world. The strength of the onslaught is very real and very different from what adolescent girls experience (though they have their own woes and penchants for sin). There are common factors, to be sure, between the sexual awakening of boys and girls, but the whole anatomical and physiological and chemical setup is remarkably different at the same time. And from that moment when testosterone kicks into adolescent overdrive, the son turned man will be marked by a constant sexual awareness of the world around him that women, despite our feminine knowledge and intelligence and research, still find challenging to comprehend. And it will remain so until the day he dies.

I think my question to many Christian writers and speakers who try so hard to vindicate a woman’s choice to wear what she wants while also trying to focus exclusively on a man’s obligation not to lust, is this “Are you saying that what a woman wears SHOULD have no effect? Should a prairie dress and a bikini “feel” the same to a man’s eyes? Is that when a man knows he is making headway in this lust battle? Should a woman “feel” that everything she wears is of equal reception to those who see her? And if this is so, then why is there lingerie? Why are there strip clubs? Clothing then means nothing, and God’s admonitions in Scripture about nakedness are moot points.”

To women, I say, don’t let your legitimate quest for worth and dignity overcome your ability to recognize spiritual truth. What women wear does affect men. That is not all that matters, but it does matter. It seems we have lost the ability to validate truth while realizing that it is not condemning every motive.

Christian Liberty is Not a Carte Blanche Approach

But ultimately, we run afoul on this issue when we look at it with a less than holistic lens. Modesty is not merely a visual or chemical issue; it is a total person issue. It affects both men and women and in many areas of their lives.

I believe this is what some of the backlash to West’s song was trying to say but fell short. The real problem is when we try to make modesty cute or hot or popular. That totally misses the real point. We should embrace biblical modesty because it is biblical and not because it is the hottest new trend. Principles in Scripture may come and go in popularity, but the truth on which they are built and our obligation to obey them does not. Whether “the boys” think a certain kind of girlish attire on our daughters is attractive is not the factor in making determinations about their wardrobe. And neither the Amish nor the Kardashians have the corner on what is right –– only God’s Word does in principle and the Holy Spirit in particular as He guides us. Only He can legislate the particulars for us as we read God’s Word with an open heart.

A holistic approach to modesty considers all the angles. It is not telling young women that they are allowed to express themselves cart blanche in fashion and the men should be able to deal with it. How can I expect my Christian brothers to respect me and my innate need for worth as a person and not as a sex object when, by my “let me wear it” attitude, I am disrespecting them and the way they are designed by God?

Some find it offensive to suggest that males engage in a daily battle for sexual purity that is, in general, more aggressive in nature than in females. They find this suggestion a sign of inequality, of toxic culture, of echo-chamber fundamentalist, patriarchal teaching. But when we bring down one tenant of creational truth, others come down with it. The insidious nature of the whole gender conversation happening in culture is that it will eventually erode all distinguishable truths about the beautiful differentness of men and women and set us adrift in a sea of feelings and emotions and high-sounding opinions where what we feel becomes the groundwork for how we form our definitions.

Modesty was not invented by the purity culture of the 1990s and 2000s, whatever our opinion of it. It is not the creation of a roomful of hypocritical preachers trying to control their women for their own devious means or to set up self-gratifying structure in church authority. It is not even the marketing tool of the homeschool movement or the fundamentalist church. It is, rather, a lifestyle choice based on our understanding of God’s Word about men and women and the way they’re made and how we can best interact with one another and best reflect Him in the bodies He has given us.

Modesty Is Self-Awareness Lived Out in Love for Others

Modesty is wardrobe choices, and it is also attitude choices. It is what not to wear but also what TO wear. It is a reflection of what I, as a man or a woman, value. I cannot separate it from who I am and how I worship. If I refuse to consider the matter of modesty, then I am refusing to let Him exercise His authority over my life. And I am also refusing to consider the law of love.

The Bible says that it is good and pleasant for us to dwell together in unity. (Psalm 133:1) Surely this applies to the pleasant state of interaction when both Christian men and women care about chastity and maturity and each other’s worth. There should be no chagrin in applying the biblical guidelines for healthy community as though we should be stronger than the Word dictates.

Modesty is often difficult for singular families and churches to define in clear, helpful and meaningful ways. That is why the best way to safeguard ourselves and our ministries from confusion and corrupt control is to address the whole person –– soul, spirit and body –– and from the viewpoint of both men and women. Men are to recognize and validate the personhood of women and interact with them in honorable and affirming ways; women are to realize and consider the unique sexual awareness that men possess and interact with them in charitable and positive ways. And the other way around in those instances where the modesty of men is called into question. Neither is to expect the other to take up the slack so that they can exercise indiscriminate liberties. This is the heart of living in love toward others as Jesus reiterated in the Great Commandment. (Matthew 22:37-40). It applies both to men and women.

Looking at the topic of modesty from a holistic and biblical approach means including both male and female considerations and addressing the entire person from attitude to wardrobe to one’s sense of humility toward God and others. Without these important threads, we cannot hope to fabricate an understandable approach to teaching our families and others. And without them, we will be a confused church in a confused culture. But when we open our entire personhood to biblical truth, the Holy Spirit, sent by the Father, will mold us, holistically, into the image of Christ, one decision at at time.