(One day, thinking about the desperation frontier families might have felt when a child was kidnapped and realizing the relief they would embrace by making contact with an expert who could find the missing one. . . I wrote this introductory vignette.
What would it have been like to be  . . . The Tracker?) 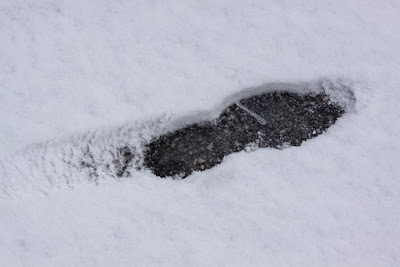 They come.
They come with drawn faces, wild eyes and tear streaks. And hope.There is always a desperate, elusive hope in their voices when they talk to me.
I’m their last hope, I guess. The last hope they have of seeing again dear faces and holding small forms, the last hope of reunited families and full tables. They put every last ounce of anticipation on me, my skills and knowledge, my strength to face wilderness and not give up when following the slightest of evidence.  They trust me; they have to. No one else has a chance of finding what they’ve lost. They don’t need the militia or all the force of the closest frontier fort. Only I can follow the trail the invaders have used.
I’m the tracker.
I learned the gift of words from my father, an interesting mix of a man, criminal and poet. Released into the wilderness for taking part in a series of heinous crimes, he was almost dead when discovered by my mother’s tribe, the Cherokee.  Being the curious and mostly humanitarian people they are, they nursed him back to health and didn’t inquire too much about his past. When the chief’s daughter claimed him as a husband, all suspicions were put to rest, at least until he ran off in the dead of night and never returned. The natives do not abide betrayal and if he were ever to return, it would be to his own funeral. Nevertheless, the chief looked past the bad blood I had inherited and saw only the straight form and mocha skin of his daughter when he saw me. It is to him that I owe all the skill I have as well as whatever idea I may have of manhood and my responsibility to use it well.
I do have the eyes of my father, though, in addition to his penchant for words. My eyes are hard, roving, and cold. I wish they weren’t mine, but a son does bear his father’s image, and this is mine to bear. Some of those who come to me are put off by my gaze, afraid I will be ruthless and violent. There is little I can do to convince them beside point to the many that I have recovered.
You might wonder if it is hard for me to do these type of rescues since I am half-Indian. I don’t know. I understand that many tribes substitute kidnapees for relatives killed by whites. My tribe, the Cherokee, never did this, and I consider it wrong to take something that doesn’t belong to you, be it a horse or a gun or a wife or child.
My mother taught me this. Maybe her deep sense of integrity was the source of her worst grief when it became known that her white husband had deserted her; that, along with her womanly disbelief at being tossed aside so easily.
She did tell me about him, though, even kept his journals for me to read, so that I would understand the tree from which my branch sprouted. Those little books were filled with verses that he had composed – some in prison, some in the woods, some in a smoky Cherokee lodge. They were beautiful; hauntingly so. They gave me insight into the white world that continues to help me to this day.
There is little that surprises me. I’ve seen much and heard more. Massacres, attacks, babies dashed against cabins, pregnant women scalped, prisoners burnt at the stake.  There are terrible things that men do to one another.  And sometimes I think I will give it up. Maybe I will find a quiet spot in the woods I love and build a cabin with a ledge to feed the squirrels and have the solitary life that I must be meant for. But every time I decide to do it, another knock at my door brings a desolate family pleading for my help.
I always go. I don’t think I’ve ever said no. And the look on their faces when I say quietly, “I’ll look for her” is one that always surprises me. No, it shames me. They want to fall at my feet, do obeisance, promise me their lifelong gratitude.  And while I know it is awful to miss someone in your life, I don’t really know how it is for them, to have someone snatched. My father left on his own. No one made him go.  But he is gone, all the same. And he left no tracks. Maybe that’s why I’m so good at this. I can see the faintest imprint of moccasin, the slightest disturbance of underbrush; I can sense when the trail is hot or cold. Maybe I’m searching for him, and getting better all the time. There sure have been a lot of people who should thank him. They don’t know that it’s really him who keeps me going out there in the chilled woods.